What happens if a subscription charge fails?

When a subscription charge fails in Conjured Subscriptions, there are two possible ways the app will deal with it.

In the case of a failure due to an issue with your payment processor (ex: their API is down or they return an error code indicating the issue is with their service), Conjured Subscriptions will automatically re-queue the charge to be tried again in 3 hours. This type of failure does not send an email to the subscriber, nor does it count against the 7 total possible charge attempts for the shipment, and will continue indefinitely until the payment processor is back online.

When the charge fails due to an issue that can be corrected by your subscriber (ex: expired or declined credit card, invalid billing address, etc), the app will register the charge as failing. You'll see the failure and the reason returned in the subscriber's Activity log.

In addition, you can manually attempt to rebill the customer by going to the Past Orders tab, hovering over order, and clicking the "Attempt Re-charge" button that appears.

You can optionally have Conjured Subscriptions send an email when the initial charge fails. This can be done by going to the Email Settings tab of the Subscription Box details page and scrolling to "Declined Payment - First Notification" and making sure the "Send Email" setting is set to "Yes". 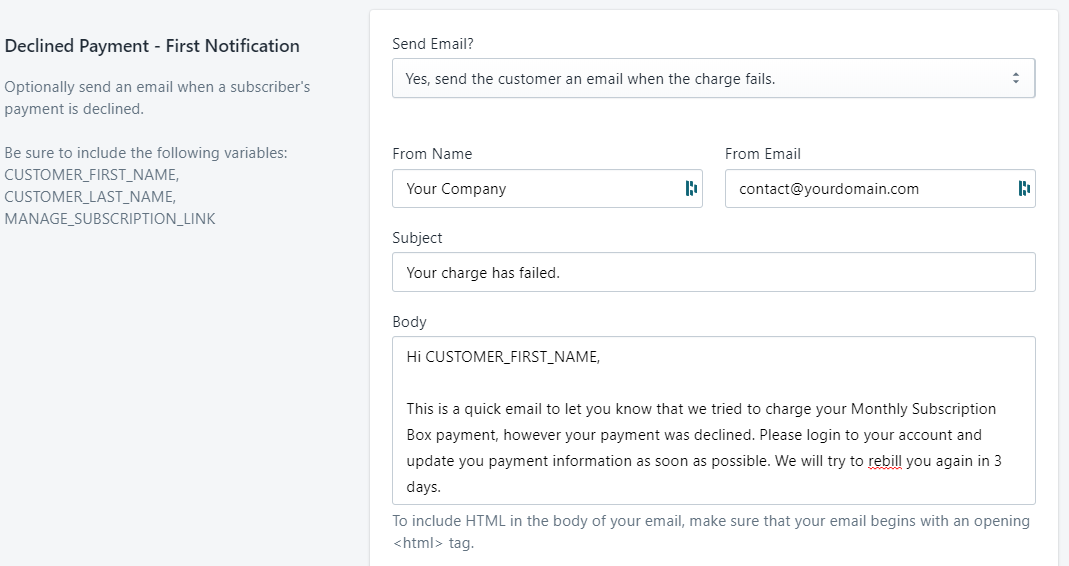 Conjured Subscriptions also allows for up to 7 total charge attempts on a shipment (the first attempt, plus 6 re-billing attempts) in the case that the subscriber's payment method fails. You can enable additional charge attempts, and optionally enable a corresponding email notification, on that same Email Settings tab below the "Declined Payment - First Notification" section. 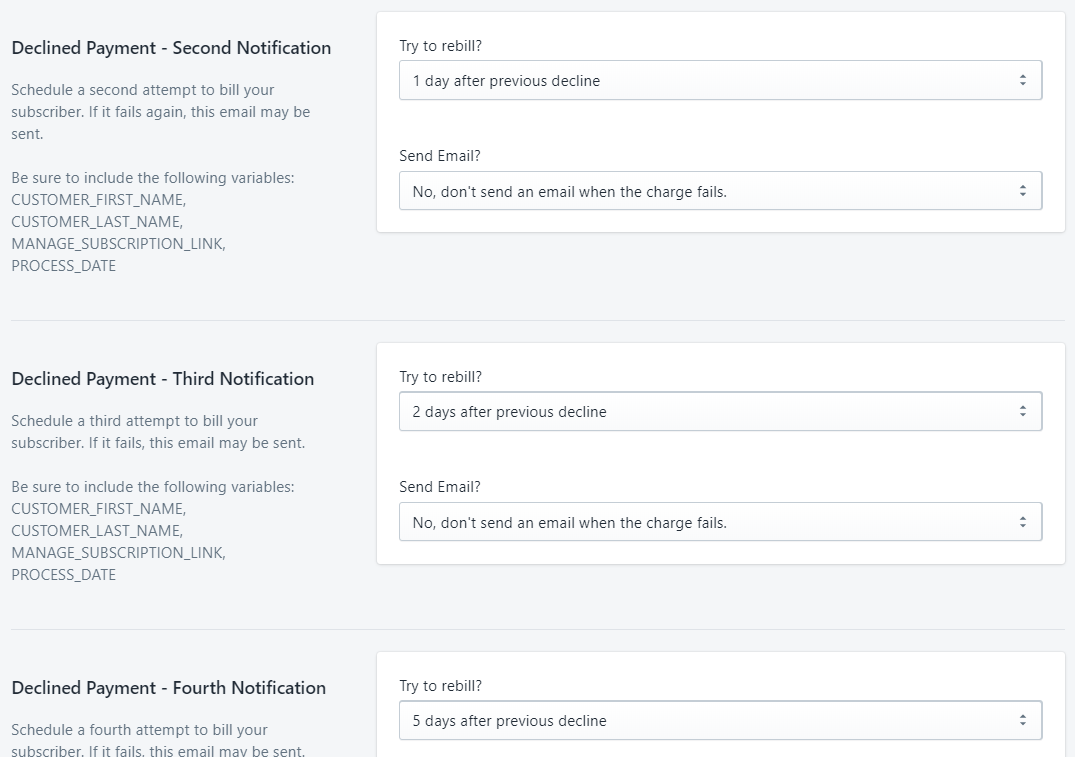 After the final attempt that you have enabled, the customer's subscription will be considered lapsed, and they'll need to login to their dashboard to reactivate it.

Did this answer your question? Thanks for the feedback There was a problem submitting your feedback. Please try again later.